Many people find video surveillance too complex or too expensive to implement in their home or business. That probably happened ten years ago. With advances in technology, video surveillance is an attractive and affordable security option for most households and businesses.

In the past, installing a CCTV system was a daunting task. You'll have to wire through your walls and install intricate hardware. Fixed wiring is no longer the only option available. Wireless surveillance cameras, IP cameras, motion-activated cameras, and mobile surveillance trailers via Vision Detection Systems are there in the market with built-in DVRs that provide users with a variety of affordable options that are relatively easy to install and maintain. 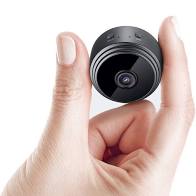 Wireless surveillance cameras offer high flexibility compared to wired systems. A wireless security camera allows you to place the camera in an area that is not accessible by a wired system. Most wireless surveillance cameras use separate cameras and receivers. The camera can be powered by a standard socket or a 9-volt battery. The camera sends the signal to a receiver, which can store the video signal on its own DVR or, in some cases, directly to the computer hard drive.

Videos can be viewed during real-time broadcasts or via time-indexed playback. Most wireless surveillance cameras operate in the 2.4 GHz band and have a range between 300 and 600 feet, depending on the obstacles between the camera and receiver. By placing this camera in a conspicuous position, you can effectively deter criminals. Other wireless cameras are much smaller and more hidden. Some wireless security cameras are no bigger than a dime, which makes them very easy to hide and move from place to place.